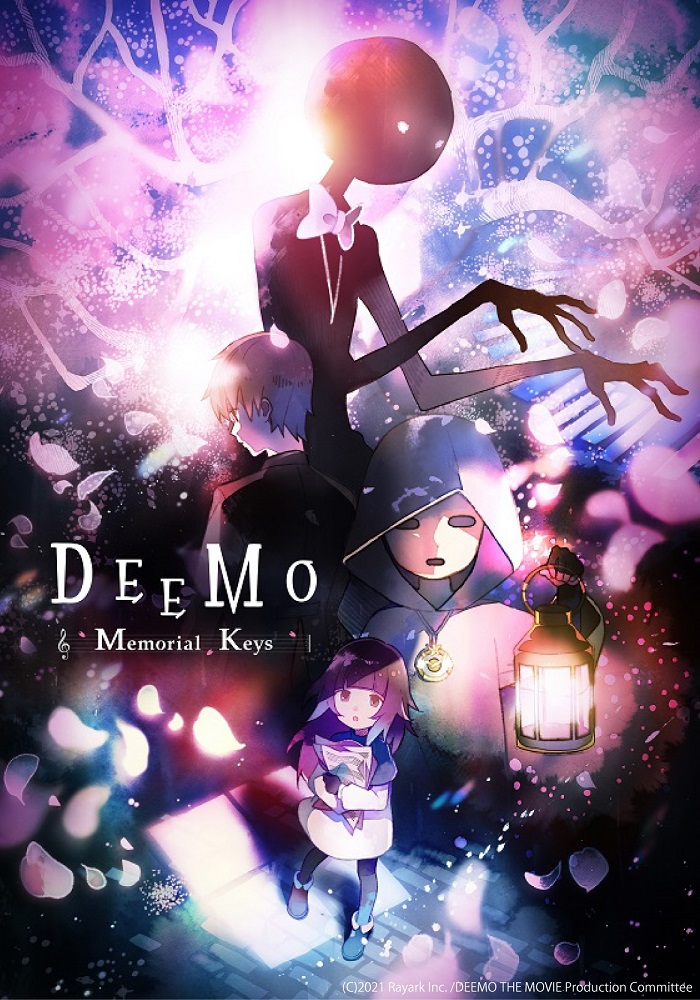 The game “DEEMO”, which is the basis of the theatrical anime “DEEMO THE MOVIE”, is a very popular game work that has been downloaded over 28 million times worldwide. The production is a collaboration between Pony Canyon and Production I.G that played an integral role in making Attack on Titan a global success. It has also attracted attention for its theme song and image song by Yuki Kajiura, who has worked on music and theatrical music for many anime works such as “「Fate/Zero」” and “「Kimetsu no Yaiba」.

At the “Anime Japan 2021″ held in March, it was announced that Akari Nibu of the national idol group Hinatazaka46 would be appearing. At the ” Anime Expo Lite 2021″ stage, the voice actress Ayana Taketatsu, who will play the main character Alice, the only casting announced at the time of the announcement of the theatrical anime project, and Ayane Sakura, who was announced this time, took the stage. Navigated by announcer Hisanori Yoshida (Nippon Broadcasting System, Inc.), the stage MC, the new voice cast members Ayane Sakura and Akari Kito were announced.The second key visual and the English version of the title “DEEMO Memorial Keys” were also announced. In addition, a special trailer was shown for the first time, and there were many other exciting contents.

The second key visual released at the beginning of the show is based on the cherry blossom color motif, designed by Yoshitsugi Yoshida and photographed and processed by Hisashi Ezura. Along with the key visual, the English version of the movie title, “DEEMO Memorial Keys” was announced. Ayana Taketatsu, who plays the role of Alice, seemed to agree with the English title and said “I see” about the subtitle “Memorial Keys”.

In the interview with the creators, Junichi Fujisaku, the Executive director, Shuhei Matsushita, the director, and Naofumi Mishina, the CG director, appeared via VTR. Mr. Fujisaku said, “What I want to convey and what I want you to imagine is kindness,” Mr. Matsushita said, “I want you to feel the Alice that exists there,” and Mr. Mishina said, “I value the parts where each character is alive, sad, and enjoying.

After that, Ayane Sakura, who was announced to play the role of Rosalia, took the stage. The audience was excited about the episode where Sakura’s postrecording was all OK on the first try. “The world of the work was very well established, and the staff created the atmosphere with confidence, so I went along with it. Sakura said.

This time, there was also a corner to play the original game “DEEMO”.

Sakura and Taketatsu tried their hand at the game, and the atmosphere was lively from start to finish as Sakura, who was playing the game for the first time, and Taketatsu, who had played the game before, contrasted each other.

Next, Hinano Takashima, the 15-year-old diva who sings the theme song of this film, took the stage. She performed “YUBIKIRI-GENMAN”, a cover song of the original “DEEMO”. The cast members were surprised to see how much Takashima had grown since her diva audition. Takashima said, “I’m very excited that DEEMO, which is loved by people all over the world, will be released worldwide.We can also look forward to the theme song by Yuki Kajiura.

Deemo, a mysterious lonely character that plays the piano in a castle. One day, a girl who has lost her memory comes falling from the sky. A gentle, ephemeral story of love spun by Deemo, the girl, the mystical residents of the castle, and a tree that grows with the sound of the piano.