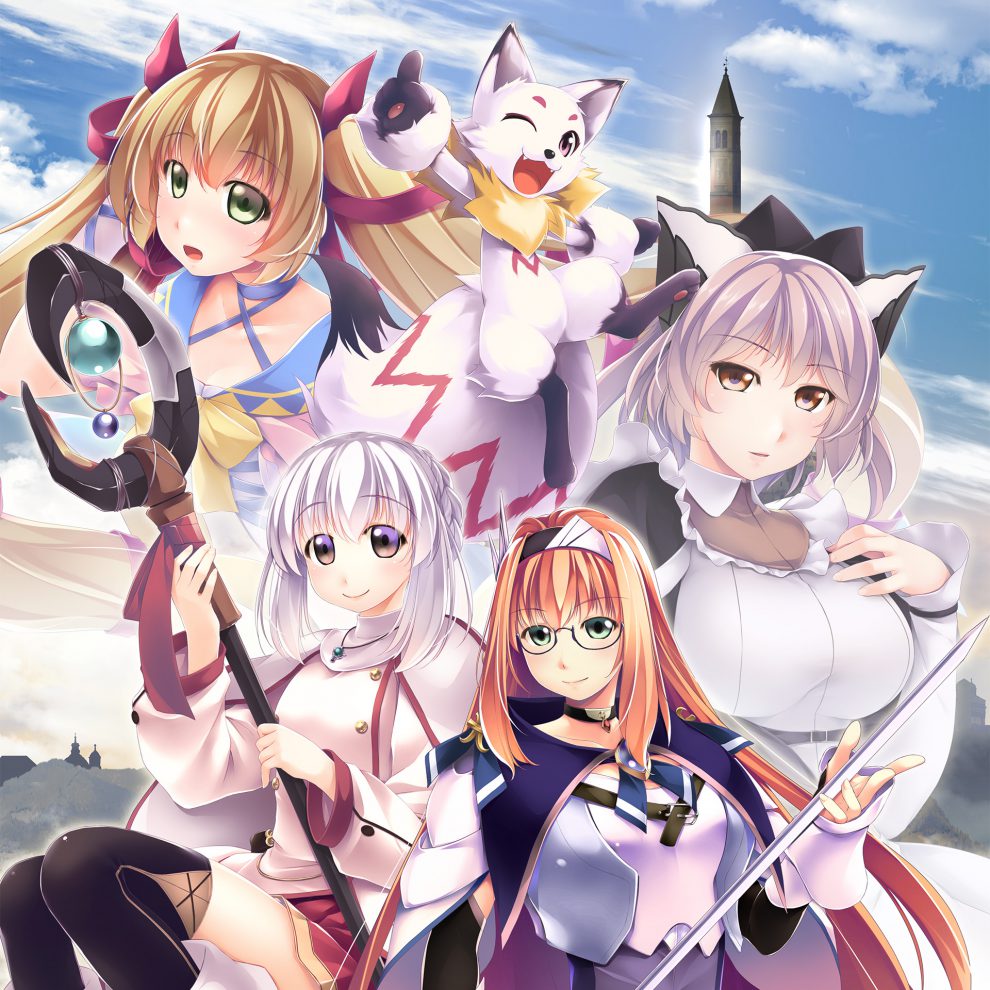 Our Battle Has Just Begun! episode 1 is a unique love novel game with a comedic touch, beginning when the main character has vanquished the last boss of an alternate world (isekai).

Available for Switch and Steam! Get it during the launch sale on Steam!
Our Battle Has Just Begun! episode 1 has been released on Switch and Steam on July 15th (Japan Standard Time).
The Steam version will be available for 10% off its regular price for the first week from the release date.

Introduction
VRIDGE is an independent game development studio that has worked on games for famous anime franchises such as Mr. Osomatsu, Re:Zero, RO-KYU-BU!, and Lucky Star. This is the studio’s first self-released, original title.
Just when you think it’s another entry in the popular isekai genre, it turns out to be a unique love novel game with a comedic touch.

The game’s protagonist who is brought to another world to become a hero, is on his way home after defeating the king of demons.
Along the way he is greeted by villagers and lords alike, all praising his valiance.
That alone would have been plenty satisfying for our hero, yet his path also happens to be filled with cute heroines bursting with personality. If they become lovers will the hero even be able to make his triumphant return home?!

Playing through the happy ending once the RPG is completed is the theme behind Our Battle Has Just Begun! episode 1.

Even if the hero somehow resists the advances of this episode’s charming heroines, the story is set to continue with new heroines as the hero reaches new lands in episode 2 and beyond.

Game System
Multiple Endings
The game progresses using a formula familiar to fans of visual novels. The story diverges depending on the choices a player makes along the way, leading to one of multiple endings.
After vanquishing the king of demons, the hero makes a triumphant return to his homeland, but he keeps getting caught up in incidents and love affairs at each of the lands he visits. Depending on his actions, the story could even end with him remaining in one of those lands, settling down with one of the heroines.

The Sherla Orb and Game Overs
The Sherla Orb possesses the mysterious power to grant the hero’s deepest wishes. When the need arises, he can use it to escape from the most difficult situations.
However, it has a flaw. If overused, the orb will break and with it, the world will crumble. The player would be wise to make use of it considerately, avoiding any Game Overs.