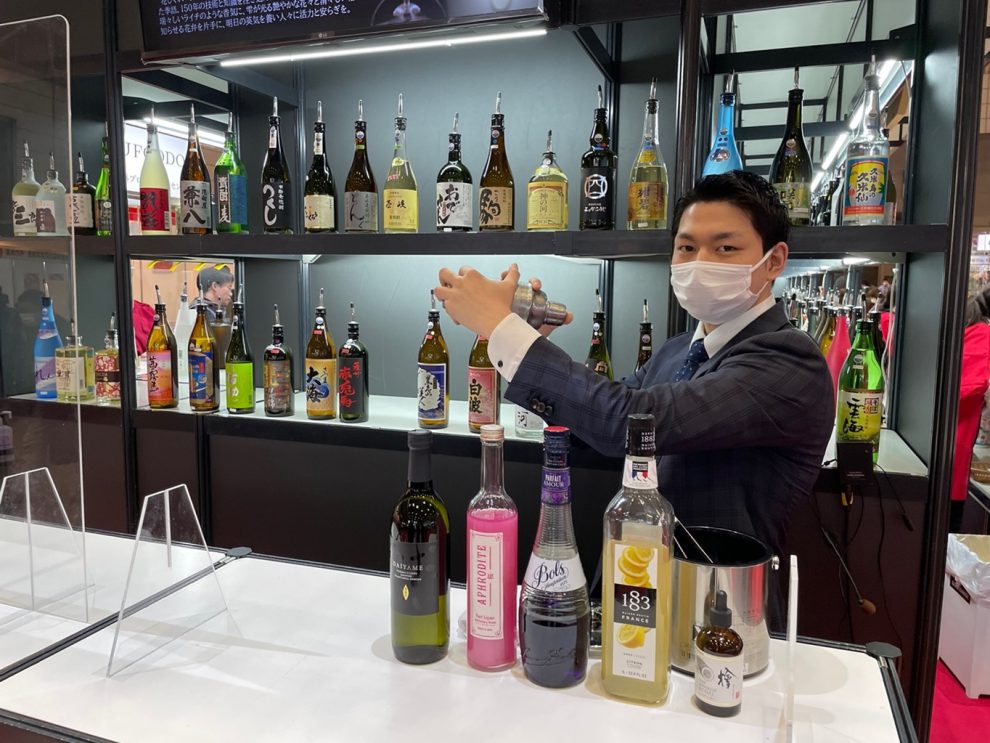 Japan Sake and Shochu Makers Association exhibited a booth at FOODEX JAPAN 2022, an international food and beverage exhibition held at Makuhari Messe in Japan from March 8 to 11, 2022, under the auspices of the National Tax Agency of Japan to promote understanding of authentic shochu and awamori and to communicate their appeal. The association displayed honkaku shochu and awamori, which are among the Japanese traditional alcoholic beverages known as kokushu, separately by their main ingredient and presented roughly 300 brands of honkaku shochu and awamori selected from across Japan to visitors for tasting.At the seminar booth, Shun Kosaka of Keio Plaza Hotel, who won the 4th Honkaku Shochu and Awamori Cocktail Competition, gave talks titled “Cool Distilled Liquor from Japan” and “All-Powerful Spirits Suited for Various Situations Before, During, and After Meals” and treated attendees to Hanashigure, the winning cocktail that is made using sweet potato shochu as a base.

Mr. Kosaka spoke about the appealing aspects of honkaku shochu and awamori, which are among Japan’s kokushu, “Many people who visit from overseas wonder what kind of liquor honkaku shochu is with a sense of interest. It is also relatively easy for us to recommend honkaku shochu, which is a traditional Japanese spirit, to guests from overseas. I believe this is a type of liquor that can only be produced in Japan, as it requires ingredients that are not available anywhere else in the world, and the flavor changes depending on the type of koji used and the distillation method. People from overseas also enjoy it a lot.”

In his 5th year training as a bartender at Aurora Sky Lounge after joining the company in 2017, Mr. Kosaka won the 4th Honkaku Shochu and Awamori Cocktail Competition for the first time. To commemorate this triumph, the winning cocktail will be available from purchase at the 3 bars and lounges in the Keio Plaza Hotel from Tuesday, March 1st to Saturday, April 30th .

In addition, he delivered lectures to buyers from China, which is the top export destination, on topics ranging from the basics of honkaku shochu and awamori to different ways to enjoy them. Many of the buyers showed interest in honkaku shochu and awamori, demonstrating how Japan’s traditional alcoholic beverages known as kokushu also draw attention from overseas. After the lectures, the buyers tasted the honkaku shochu by their main ingredient and savored the differences in flavor based on the main ingredient and the koji.

What is FOODEX Japan?

It is a comprehensive food and beverage exhibition that is among the largest in Asia. This 46th edition, which was held during the coronavirus pandemic, featured 1,784 booths run by 1,485 companies, which included food and beverage manufacturers and trading companies from 44 countries and territories around the world, and welcomed 33,726 attendees in 4 days. 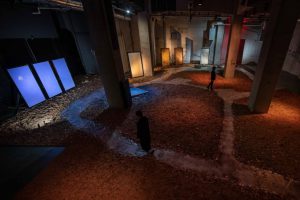 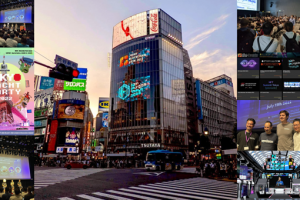