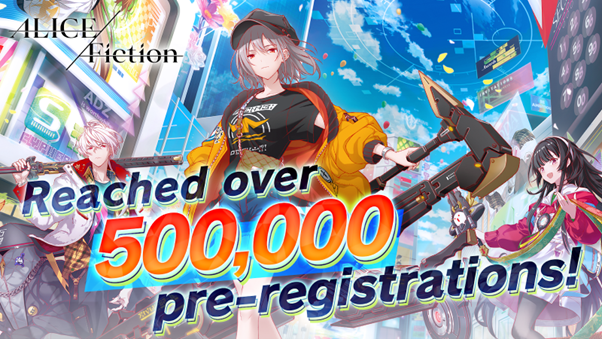 Over 500,000 pre-registrations! Everyone who registered will receive wonderful prizes!

In commemoration of reaching half a million pre-registrations worldwide, all users will receive 20 gacha draws worth of Quartz after the game’s official release!

When the number of pre-registrations reaches 800,000, all users will receive up to 30 gacha draws worth of Quartz after the service starts.

A chance to win a prize everyday! The Pre-registration Twitter giveaway campaign is on-going!

●  Must be a residents of the US

●  Must be following the official ALICE Fiction Twitter account(@ALICEFiction_EN）

For questions regarding the official release: