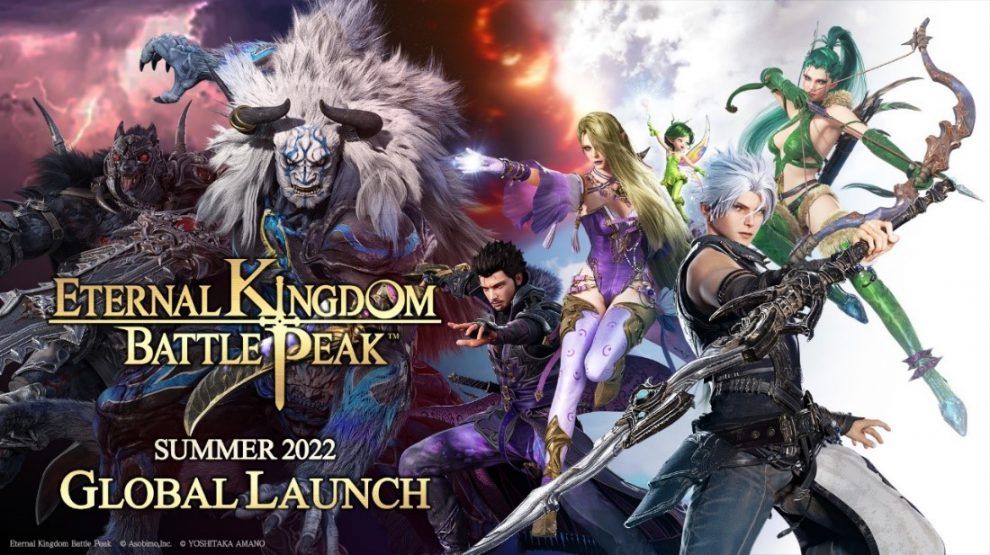 Asobimo, Inc. announces the release of the new multi-platform (PC/PS5®/PS4®/Android/ iOS) MMORPG “Eternal Kingdom Battle Peak” in the summer of 2022.

The game features world-renowned creators such as Yoshitaka Amano for character design, LUNA SEA for the theme song, and MONACA for the in-game soundtrack. You can enjoy an epic storyline with characters accurately recreated in 3D from Yoshitaka Amano’s designs, as well as adventures in a vast field where the weather changes from day to night. The game also offers a full range of battle content, including “Siege” where up to 200 players battle, “Arena” where you battle with a small number of players, and “Battlefield” where up to 30 players can fight in fierce battles.

In preparation for the release, pre-registration is now available via Steam, Google Play, App Store, Twitter, and email. In addition, a pre-registration campaign will be held to obtain an avatar costume set and a pet “Ghoul,” as well as a RT campaign to give away Visa Prepaid Cards worth up to $70 in total, and a Twitter point campaign to get avatars.

Pre-registration campaign to get avatar costume sets and “Ghoul”!

To commemorate the release, we will present a Visa Prepaid Cards worth up to a total of $70. Follow the official “Eternal Kingdom Battle Peak” Twitter account (＠EKBP_ASB) and retweet the applicable tweet to apply.

A Twitter Point Campaign is being held to reward users with limited avatars and items useful for adventures. By liking or retweeting tweets with the hashtag “#EKBP” during the campaign period and collecting points, you can exchange them for the avatar “Gothic Costume Set”, items that increase your Exp, and more.

Please note that you must be linked to your Twitter account to participate in this campaign. Tweets from accounts other than the official account are also eligible for points. For details, please visit the campaign website.

What is “Eternal Kingdom Battle Peak”

Yoshitaka Amano designed the characters and monsters, and you can enjoy an epic adventure with fascinating characters accurately recreated in 3D.

The opening PV, featuring the theme song “PHILIA” by LUNA SEA, offers a glimpse of the characters designed by Yoshitaka Amano and the epic story set in the “Holy Nation of Nordania.

Official competitions are held every month with up to 200 players competing for the title of “Strongest Legion (Guild)”. The competition is a heated battle for the throne of the castle using a variety of forces, including gimmicks on the field such as “Siege Weapons” and the cohesive power of the legion.

・A vast world where the weather changes day and night

The concept of time exists in the world with beautifully detailed graphics, and the field scenery changes periodically. The vast world, where the weather changes from day to night, provides a realistic sense of adventure on one’s own feet.

・”Attributes” that can change the role of a job

There are three types of “attributes” for each of the jobs (occupations) that can be selected during character creation. Each attribute has its own specialty, such as attacker, defender, or healer, and can be changed according to the party members and enemy conditions.

・The “Arena”, “Battlefield”, and field–a full array of PvP content

・Ranking sites for all servers are available

The ranking site is updated daily with information on the top players in various contents, including battle power by server and jobs, number of dungeons cleared, and number of victories in PvP battles. The top players’ legions and the attributes they use can also be checked, making it useful for preparing for the “Siege”, “Arena”, and “Battlefield”. 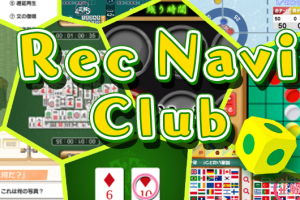 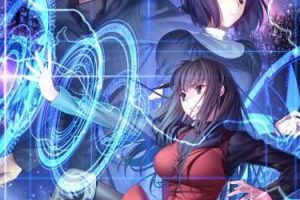 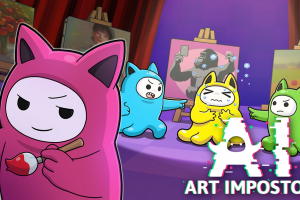