The Tokyo Metropolitan Government (TMG) is pleased to announce that Tokyo has become a co-founding city of the world’s first inter-city network for gender equity.

In addition, the Governor spoke at the opening event via video message.

2. Opening event
The heads of each city shared the current status, efforts, and future prospects for gender equality in their respective cities. Governor Koike remarks via video message.
The full video of the City Hub and Network for Gender Equity (CHANGE) launch event is available on YouTube: https://www.youtube.com/watch?v=xT860qyK3v4

3. Reference
The joint press release is available from the following link:
https://www.metro.tokyo.lg.jp/tosei/hodohappyo/press/2020/11/26/documents/07_02_01.pdf

Governor’s comments at the opening event

Hello. I’m Koike Yuriko, Governor of Tokyo. Tokyo is very pleased to be one of the founding cities of CHANGE. And, I am delighted to be a part of today’s launch event.

Due to the time difference, unfortunately, I am joining you by video message. I regret not being able to speak with the other participating mayors.

However, I hope that we take this opportunity to further deepen the friendship between our cities.

As leaders, we work to resolve issues faced by our own city. At the same time, we also seek to collaborate with other cities. I believe such collaborations not only contribute to advancing our cities, but also to resolving global challenges.
Since taking office as Tokyo’s first female governor in 2016, I have focused on women’s empowerment. I am the first female governor of Tokyo, but I won’t be the last. And, I look forward to taking on the enormous challenge of gender equality with all of you.

Now, we are engaged in a tough battle against COVID-19. This pandemic is also having a major impact on gender equality in Tokyo and the rest of Japan.

For instance, the food and beverage, tourism, and service industries, which have always had a high proportion of female workers, have been hit especially hard. This situation is having a serious effect on women’s employment.

And, while the way men work has changed through means such as the advancement of remote work, women continue to shoulder the majority of housework and child rearing.

There is also great concern that domestic violence brought on by uncertainty and stress in these times is on the rise and worsening.
In this environment, for Tokyo to continue developing into a city full of vitality, it is crucial to ensure opportunities so that each and every person, regardless of gender, can fully demonstrate their individual qualities and abilities.

To achieve this, what needs to be changed? And, how do we go about that?

Last year, we formulated a strategic vision for Tokyo’s future which also includes the vision we should pursue for Tokyo in the 2040s from the standpoint of gender equality.

First, we aim for 2040s Tokyo to be a city where it is expected that women play active roles in companies, public institutions, the local community, and politics. And, women will be able to choose how they wish to live based on their personal ambitions.

Secondly, the vision calls for the establishment of a society where the abilities of women are fully utilized—a society where half of the politicians and company presidents are women.
The Tokyo Metropolitan Government has also set a target to raise the number of women on each of its deliberation panels, which are established to study and discuss policies and policy direction, from the current 32 percent to 40 percent or more by 2030.

Thirdly, we envision a society in the 2040s where there is no gender gap in employment rate and disparity in wages, and men take on housework and parenting as a matter of course.

In this way, we will strive to make Tokyo a city that embraces diversity, where anyone can lead a vibrant life and play an active role.

We now are preparing to hold the long-awaited Tokyo 2020 Games next year. We will take every possible precaution against infection so that everyone can come to Japan with peace of mind.

We hope for the Games to serve as a symbol of humankind which has bonded even more strongly by coming together to overcome this invisible enemy.

I look forward to working closely with all of you to realize the principles of CHANGE.

In closing, I wish to express my deep gratitude to everyone who worked to make this event possible. Through CHANGE, let’s show the world the strong potential of city networks! 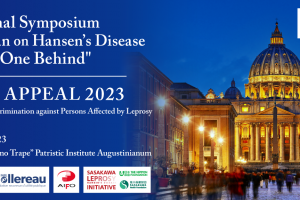 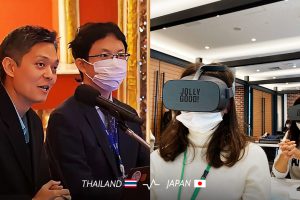