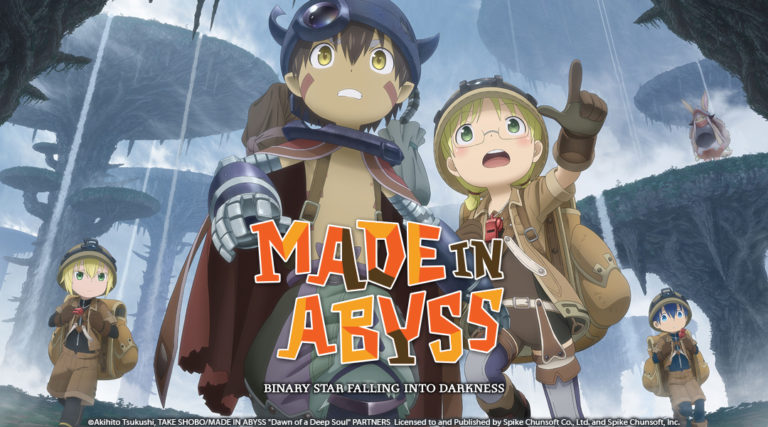 Spike Chunsoft will be releasing a 3D Action RPG based on the popular manga series, Made in Abyss, titled Made in Abyss: Binary Star Falling into Darkness for PlayStation®4, Nintendo Switch™, and Steam® for North America! The physical version of the title will also be published in Europe by Numskull Games.

Made in Abyss is a fantasy manga by Akihito Tsukushi, published on WEB Comic Gamma (Takeshobo) since 2012. The unique juxtaposition of its gentle art style with a dark, brutal storyline captured the hearts of many fans. A TV anime version aired in 2017 followed by a compilation movie in 2019 and a completely new theatrical movie in January 2020. A sequel to the anime series was also announced in January 2020, promising to provide fans with more exciting content in addition to the manga series.

In the 3D Action RPG, Made in Abyss: Binary Star Falling into Darkness, the player descends into the world of the Abyss and grows through their experience in its depths. The player can relive the experience of the anime in story mode as well as explore an original story supervised by the series author, Akihito Tsukushi. Fans are sure to enjoy the dark fantasy elements that remain true to the unique flavor of the original work. Many characters from Made in Abyss appear as well, and event scenes are fully voiced by the cast from the anime.

Made in Abyss: Binary Star Falling into Darkness‘ original story takes place many days after Riko and Reg depart for the Abyss. The world’s sole remaining, unconquered chasm, the Abyss, is the stage where many adventures are born…and disappear.
Those who appear in these stories are mesmerized by the power of the Abyss and aim for the bottom of the netherworld.
The story about to be told is of the adventures of a nameless Cave Raider in the Abyss…