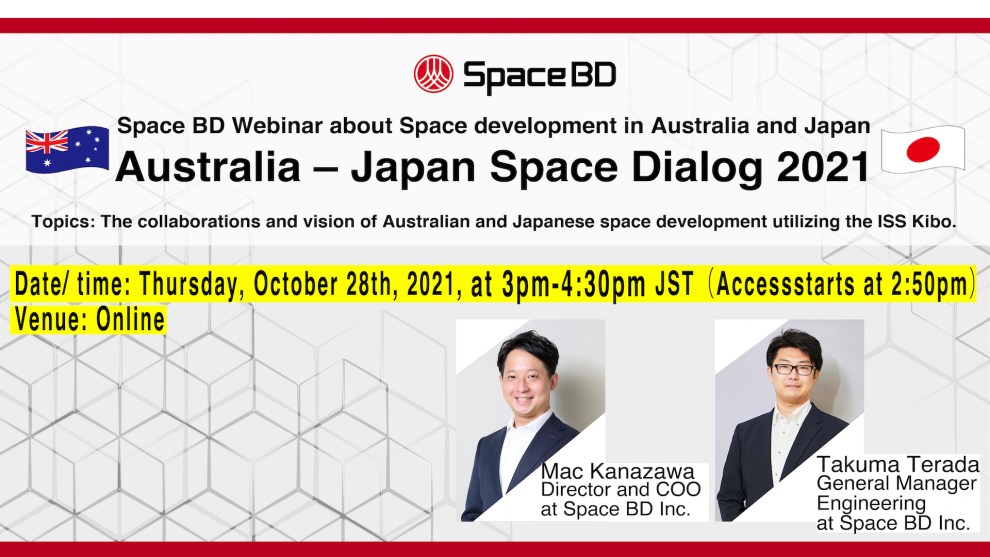 The Australia – Japan Space Dialog 2021 is a conference to introduce the latest satellite missions and discuss the current movements and visions of Australian and Japanese space industries. We invite the space agencies of each country, the chiefs of satellite development of CUACA, and Curtin University, which have developed the satellite deployed to outer space, as guests.

The relationship between Australia and Japan in the space arena has been rapidly growing since the Australian Space Agency (ASA) was founded in 2020. In October 2021, two Australian nano-satellites were successfully deployed from the International Space Station Japan Experiment Module Kibo with Space BD’s small satellite deployment service.

The Australia – Japan Space Dialog 2021 is a conference to introduce the latest satellite missions and discuss the current movements and visions of Australian and Japanese space industries. We invite the space agencies of each country, the chiefs of satellite development of CUAVA, and Curtin University, which have developed the satellite deployed to outer space, as guests.

We hope that you will be able to join us.

Professor in Space Physics and Director of CUAVA

Topics: The collaborations and vision of Australian and Japanese space development utilizing the ISS Kibo.

Mr. Doi started to work in NASDA (currently JAXA) in 1994. He has worked for the mission integration of the Exposed Facility including Robotics Arm and Airlock of the “Kibo” Module on the International Space Station since 1996. Now, he is a manager for promoting the Kibo Exposed Facility utilization to enhance the commercial utilization of “Kibo” module and the future LEO.

Professor in Space Physics and Director of CUAVA

Iver Cairns has over 30 years experience in space physics and space weather research, with over 325 refereed journal publications. A Professor in Space Physics at the University of Sydney, he is a Co-Investigator on NASA’s STEREO mission and, since June 2019, on NASA’s two new SMEX missions, PUNCH and TRACERS. In Australia he led the 2010-2019 Decadal Plan for Australian Space Science. Since then he has worked to “put runs on the board” to convince Governments to invest in the space sector. He led the INSPIRE-2 CubeSat project, which launched in May 2017 and re-entered still working in November 2018. INSPIRE-2 and UNSW-ECO were the first Australian-built and -owned CubeSats to work in space, and only the 4th and 5th such satellites. Iver is project leader of the Waratah Seed Space Qualification Mission which is a pilot government programme to give low-cost ride-share space flight to Australian space start ups.  He has recently been awarded Honorary Membership to the Asia Oceania Geosciences Society. Iver is the Director of CUAVA, the ARC Training Centre for CubeSats, UAVs, and Their Applications, which is training people for the Australian Space Industry and has recently launched their first cubesat, CUAVA-1.

Phil Bland is Director of the Space Science and Technology Centre (SSTC) at Curtin University, and Director of the Australia node of the NASA Solar System Exploration Research Virtual Institute. Phil Bland is a planetary scientist, and his goal is to see Australia take its place amongst space faring nations by leading our own planetary missions. He wants to inspire the public and advance industry through space mission science and engineering.

Phil Bland joined Curtin as an ARC Laureate Fellow in 2012. Prior to this he was Director of the Impacts & Astromaterials Research Centre at Imperial College London. He graduated in geology from the University of Manchester in 1991. His interest in planetary science began with a 3 year post as curator of meteorites at the Open University. He was awarded a PhD in 1995. Phil spent a year as a Royal Society Overseas Research Fellow at the WA Museum before taking up a Particle Physics and Astronomy Research Council Research Fellowship at the Natural History Museum (London). In 2000 he was awarded a Royal Society University Research Fellowship

Mac joined Mitsui & Co., Ltd. in 2011. Working for the head office, he worked on new business development and investment management activities for the recycling business and renewable energy business in the Asia-Pacific region.

He subsequently worked for PwC Advisory LLC, before joining Space BD in 2017.

Mac graduated from Waseda University School of Political Science and Economics, and holds an MBA from University of Technology, Sydney.

Takuma graduated from the Tokyo Institute of Technology Graduate School in 2014, where he completed a Master’s degree in Earth and Planetary Sciences. Prior to joining Space BD, he gained experience in satellite user integration such as safety reviews and ICD modifications for SmallSatellite deployment and technical coordination for the development and operation of ISS re-fueling vehicles. In July 2019, Takuma joined Space BD as an engineer and in charge of the user integrations for J-SSOD, i-SEEP, and rideshare launch with the H3 launch vehicle, as well as technology review for the new business development.

We will send a separate e-mail invitation with the Zoom Link to those who have RSVP’d.
Please send an e-mail to: pr@space-bd.com

Space BD is a space business development firm aims to be a company that represents Japan and develops a world-class industry. Since its foundation in 2017, Space BD has provided a one-stop service from proposing business plans to providing engineering support regarding space utilization, including the International Space Station (ISS).

In March 2021, Space BD was selected as a company implementing JAXA’s “Lunar orbit transportation service concept study work” and started a life science business by utilizing the ISS’s microgravity environment based on a basic agreement with JAXA in May. Furthermore, Space BD has also developed and provided an original educational program based on the astronaut training program at NASA/JAXA to foster leaders for our future society by planning and managing entrepreneurship development projects.

Space BD will promote the industrialization of space by providing comprehensive services with both business development and technical aspects for all those who want to utilize space. 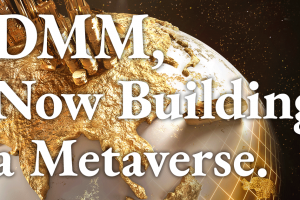 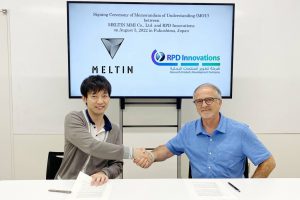 MELTIN signs Memorandum of Understanding for joint development, demonstration, and commercialization with a company affiliated with the Kingdom of Saudi Arabia (Research Products Development Company) 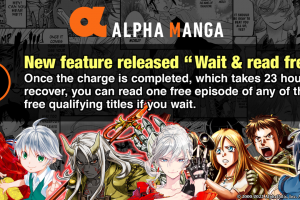