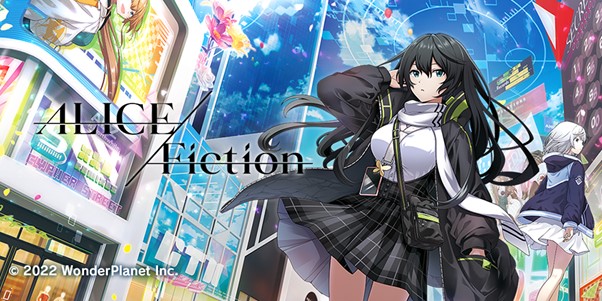 “We were thrilled to have received so many applications immediately after the start of the recruitment. We would like to express our sincere gratitude to all of you.”

“Based on the feedback we receive throughout the closed beta test, we will continue to improve the quality of Alice Fiction for the launch version. We greatly appreciate the cooperation of the players in this endeavor.”

An email was sent to winners on Friday, March 25 with instructions on how to download the game and various precautions for participating in the closed beta test.

To commemorate the closed beta test, a campaign is underway in which players who post their impressions of the beta test via [in-game announcement] will be entered into a drawing to win a digital gift.

For details, please refer to the [in-game announcement] posted during the closed beta test.

As we reported on February 28, 2022, female vocalist DAZBEE the vocals for the cover song of FantasticYouth’s Non-reality Escape, the theme song for Alice Fiction to be produced by Korean sound producer ESTi. More details will be announced via the official Twitter.

In 2011, she began posting “singing-mita” videos covering Vocaloid songs on video-sharing websites. With her exceptional presence and compelling voice, it was hard to believe that she had come from across the ocean, but she made a double impact. With her unique overtones and overwhelming vocal ability, she also mixes her own sounds and draws pictures.

Outline of the Company

xeen Inc. Unveils VR Samurai Experience -An Authentic Medieval Japanese Experience to Be Available to Consumers-
Free update for “Let’s Play! Oink Games” on Nintendo Switch! Add “This Face, That Face?” to your board game library.