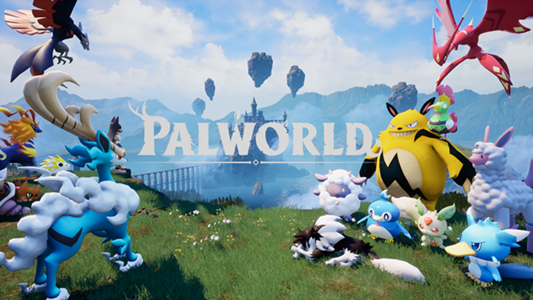 About the latest trailer for “Palworld”

Meet, catch, breed, fight, work with, sell, dissect, and even eat Pal! Interact however you like with a variety of Pal and explore their vast world with total freedom.

In this latest trailer, we present many new unique Pal found on the wild, such as:

– A dragon Pal who can fly around the sky like a jet plane.

– A mystic fairy Pal that hides in deep caves.

– A lion Pal that can command thunder.

– A bird Pal that you can ride to bombard enemy camps!

There are also new battle scenes, so please enjoy!

The Palworld store page is publicly available on Steam.

Please, don’t forget to add us to your wishlist!

Palworld will be available via Early Access on Steam in 2023.

In Palworld, the land is full of mysterious creatures called “Pal”.

An amazing variety of wildly unique Pal awaits you.

To wear down wild Pal or to drive back poaching gangs, you can fight alongside your fellow Pal.

Each Pal has singular skills; one Pal can become a flamethrower, another Pal can handle shotguns, and so on.

They will be valuable allies on the battleground.

In your adventure, you may also meet powerful “Apex Pal”.

The forest region is said to be protected by a Pal goddess.

Train your Pal to their full potential before attempting to battle her!

The land is dotted with caverns that Pal use as lairs.

Maybe you can capture rare Pal that won’t be found elsewhere?

In Palworld, you may run into poaching gangs who aim to steal other people’s Pal.

Pick a fight with them, and your base may be attacked with tanks and heavy artillery!

In that case, join forces with your Pal and fight them off!