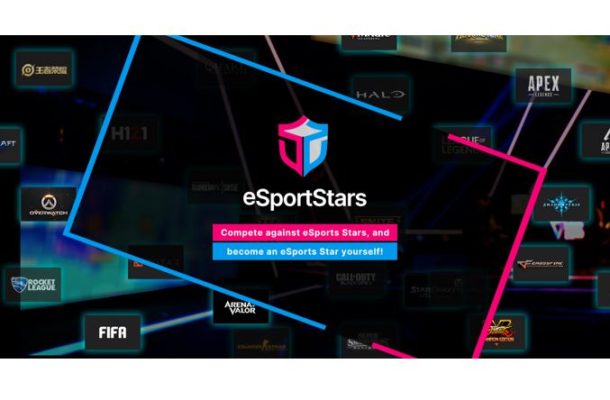 Aiming to promote esports by providing the chance to earn money, practice and build a network of support

TimeTicket GmbH (headquartered in Zug, Switzerland, CEO: Masato Kakamu), a wholly-owned Swiss subsidiary of TimeTicket, Inc. (headquartered in Minato-ku, Tokyo), is pleased to announce that professional esports players from GameWith and TeamYAMASA have joined to compete on “eSportStars” (aka: eposta) (https://esportstars.jp/).

With eSportStars, players and fans can easily find suitable opponents to play against while promoting esports.

“eSportStars” is for everyone including professional esports players, fans and players aiming to become professionals around the world. It’s an unprecedented service that offers all players the opportunity to find suitable opponents to play against as well as hosting tournaments and competing in popular esports games beyond geographical boundaries. (Supported languages: Japanese, English and Chinese)

◆ Teams that have joined to compete on “eSportStars” as official players.

GameWith formed a professional team in 2018 in order to create a new society where people are passionate about games, are connected through games and are proud of making a living playing games.

Many of their professional gamers are actively engaging in esports globally representing Japan.

Aside from his play skills, his dedicated approach to enjoying the moment has attracted a wide range of fans in a short time. He has consistently been doing well in competitions.

Zackray is the strongest battle player in Japan! His calculated play attracts the audience and he was the only Japanese person to be invited at an invitation-only competition (total of 16 people) held in the United States.

TeamYAMASA competes in the Tekken World Tour and have been engaged in many official events in Japan. They are multi-talented; not only competing as players but also engaging in MC/commentary roles. All the members hold JeSU official pro licences.

Yuu is a legend who has been a top player on the front line since the Tekken 5 era.

He maintains a good balance of offence and defence. He makes speedy and calculated judgements for the next move in a play and often showcases outstanding performance that excites the audience.

Yuu and his team mate, NOBI, began their journey as the first professional Tekken gamers in 2015. Yuu is a leading person with outstanding accomplishments not only in Japan but also around the world.

TAKE excels in defence like an iron wall called “the strongest shield in Japan”.

His play style, which gives his opponent a sense of despair, is often called the “ultimate Tekken style” that only he can reproduce.

He is a dad who devotes his life to Tekken, making a living out of Tekken for his wife and children. With his conscientious and dedicated personality, he has recently achieved a new highest record as a Japanese player in EVOLUTION 2019.

NOBI has won first place in the World Competition three times, which marks his performance as at the highest level in Japan.

In Tekken 7, where “defensive style” is the mainstream, his super-attack approach attracts the audience and beats the opponent with overwhelming pressure.

His unique personality has helped him to gain popularity in competitions and streaming videos.

He has been contracted to do “Tekken training” by the Game Centre and has recorded several thousand bookings so far. As the training is so popular, the bookings are filled on the same day.

◆ Helping  the children who have been affected by COVID 19.

・”TimeTicket”, a service that connects people who want to buy and sell skills.

・Development and operation of “TimeTicket Pro”, project/job site for freelancers.

・Development and operation of other web services.