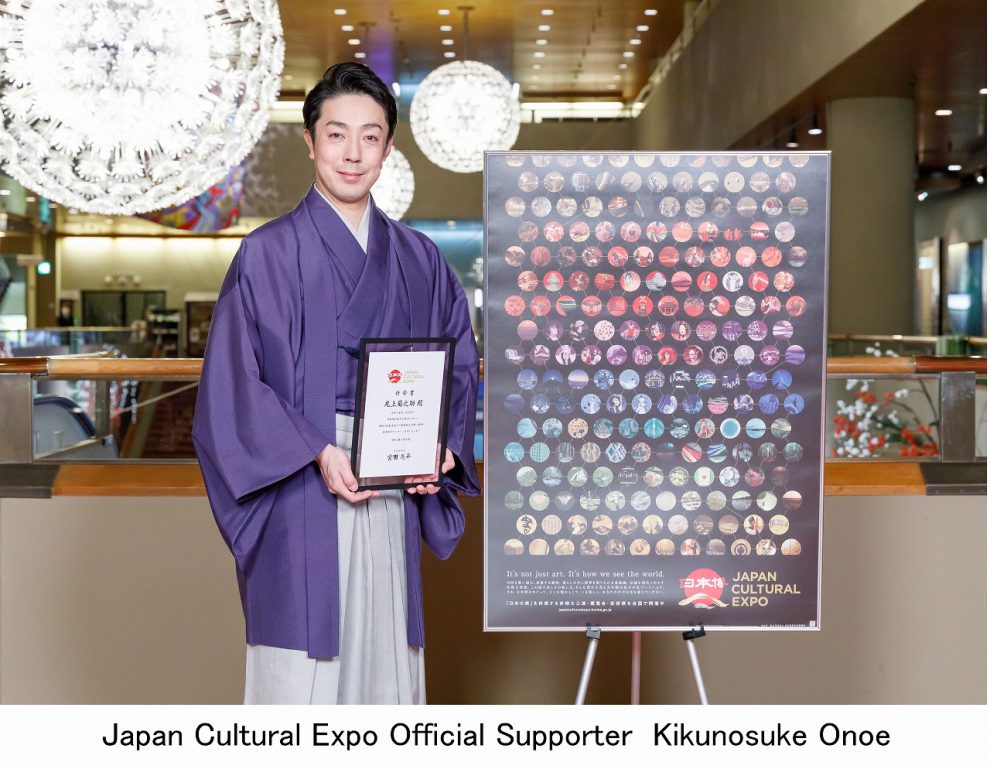 Following his appointment, Kikunosuke Onoe   will appear on a special TV program presented by the Japan Cultural Expo. “Nature and the People of Japan – A Message from the Japan Cultural Expo (TBC)” will be aired four times on NHK WORLD-JAPAN, starting Wednesday, February 10, at 1:30PM. The program will explore Japan’s coexistence with nature, which has lately been reappraised through the Covid-19 pandemic, and will seek to support the recovery of Japan’s inbound tourism in future. Kikunosuke Onoe   will discuss how Japanese performing arts are associated with nature, such as the four seasons and plants. Shosuke Tanihara, an actor who has been an Official Supporter of the Japan Cultural Expo since March 2020, will also join the program as a host.

The Japan Cultural Expo is led by the Agency for Cultural Affairs and the Japan Arts Council. The project features various art exhibitions, performances, and cultural festivals, which all embody Japan’s rich culture and beauty.

Comments from Kikunosuke Onoe  :
“The Japan Cultural Expo will provide a wonderful opportunity for people in Japan to rediscover traditional Japanese performing arts, as well as fine art, music, and time-honored folk theater from across the country. The project will also seek to introduce these to the wider world.

Japan has a deep-rooted respect and appreciation for nature and all things, with Japanese people believing that countless spirits inhabit everything. I hope to support this project in showcasing various aspects of Japan’s incredible culture, which was born out of our historical respect for nature, and the spirit of our ancestors.”

Profile:
Kikunosuke Onoe   – Born August 1, 1977, the eldest son of Kikugoro Onoe VII. In 1996, he succeeded to the stage name Kikunosuke Onoe   V; part of a prestigious Kabuki family which dates back to the Edo period. He received numerous awards including the new face award of Minister of Education Award for Fine Arts. In 2019, he adapted Hayao Miyazaki’s anime and manga masterpiece, “Nausicaä of the Valley of the Wind”, for Kabuki theater.

The program will showcase Japanese people’s views on nature, as reflected in the country’s architecture, performing arts, traditional crafts, gardening, tea ceremony, and traditional flower arrangement, with interviews on how people in Japan approach nature. By exploring the idea of coexisting with nature, which has been reappraised during the difficult circumstances of Covid-19 around the world, the program will seek to support Japan’s recovery of inbound tourism in future.

– Official website of NHK WORLD-JAPAN: https://www3.nhk.or.jp/nhkworld/
– Japan International Broadcasting (JIB): The program will be distributed to approximately 160 countries and regions across the world on the NHK WORLD TV’s broadcasting network. Please see the following link for instructions on viewing the program in each country.
https://www3.nhk.or.jp/nhkworld/en/tv/howto/
Please note that this TV broadcasting service is not available in Japan.
– Online streaming: https://www3.nhk.or.jp/nhkworld/en/live/
Please note that the streaming service is for overseas only, and therefore cannot be accessed from Japan.
– Video on Demand (VoD): The program will be distributed by VoD on the official webpage on Wednesday, February 10, or by the following day by the latest. VoD distribution can be accessed from within Japan as well.

About Japan Cultural Expo
Since 2019, the Agency for Cultural Affairs and the Japan Arts Council have been leading the Japan Cultural Expo. The project showcases art exhibitions, traditional performing arts, and cultural festivals that portray Japan’s rich culture and beauty. Some projects which were postponed due to the Covid-19 pandemic will resume gradually.

There are eight fields featured in the Japan Cultural Expo: Art and Cultural Treasures; Performing Arts; Media Arts; Lifestyle Arts, Literary Arts, and Music; Food Culture and Nature; Design and Fashion; Inclusive Society and Coexistence of Cultures; Disaster Recovery. The project will showcase a number of cultural treasures and performing arts that were created, preserved, and passed on by previous generations, presented in various forms including exhibitions, live performances, and interactive and online programs.

Footage and VR videos of various projects can also be found on the link below for everyone to experience the appeals of the Japan Cultural Expo online.
DIGITALGALLERY - https://japanculturalexpo.bunka.go.jp/en/gallery/ 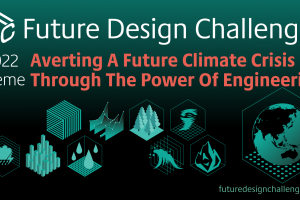 1SEC Inc. Engaged in the AI and Virtual Human Business, Raised a Total of Approximately 270 Million Yen in Funding
The Yosakoi Challenge: Yosakoi Your Way to Happiness -Kochi, Japan to hold social media challenge you can participate in from home!
Comment