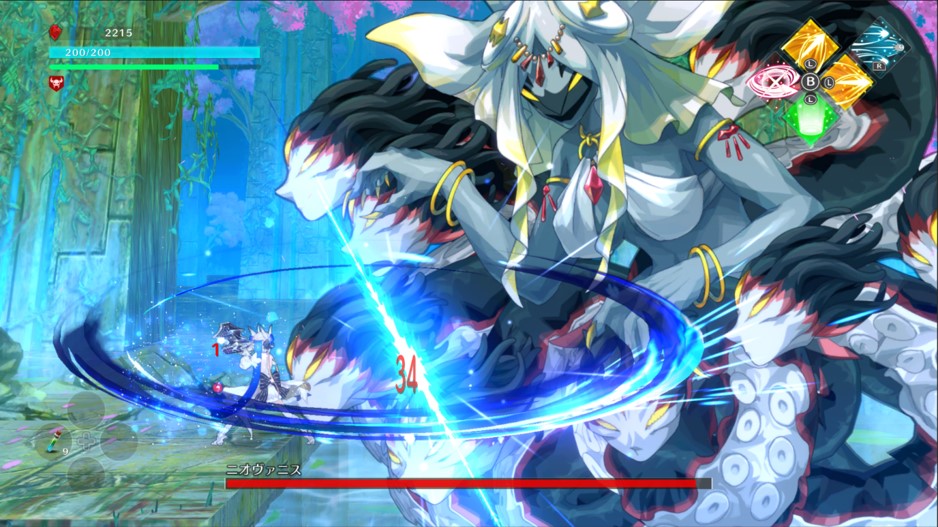 2021 Summer Steam Early Access
“LOST EPIC” is a 2D side-scrolling action RPG that has fast-paced action packed battles, a huge range of character progression and multitude of upgradeable weapons with an element of hack and slash. The memorable side stories from unique NPC’s and a world full of diverse biomes and gimmicks will give you full immersion. You can experience parts of the game in the upcoming Early Access this Summer of 2021.

The 2nd PV is out now
In the newly released PV, Alta (CV: Wakana Maruoka), the player’s support character, explains the details of the game. In addition to the previously shown weapon progression, it also introduces a variety of new elements such as quests, battles with powerful enemies, fishing, and cooking.

New Information in the PV
Weapon Progression・Item Creation
By using weapons and items that drop from enemies, you can evolve to a new weapon, or craft items with special abilities.

Quests
Completing quests given from the many characters will progress the sub-story, and earn rewards for the player.

Battles with Worthy Enemies
There are epic battles with enemies known as the Elite. The Elites will be listed on a journal called the kill list, and by accepting the quest and defeating the Elites you can earn powerful rewards.

Ongoing Campaign
We are having an Amazon Gift Card Campaign
To commemorate the PV reveal and Early Access announcement we are in the midst of a wishlist-now campaign. By following and retweeting the Twitter account (https://twitter.com/EarthWarsEN) 3 people will have a chance to win a $100 Amazon gift card.

Staff
Main Illustrator, Namie
Has done artwork for “Fate/Grand Order”, “Azur Lane”, “Arknights”
We have asked Namie, an Australian illustrator known for drawing colorful and cute characters to join us for that mystical touch. https://twitter.com/namgoreng

Developer, Team EARTH WARS
The production team from “EARTH’S DAWN” which was released in 2015 and
ported to many platforms. “EARTH’S DAWN” is a stylish fast-paced 2D action RPG.
The user friendly interface and the hack and slash style replayability was praised
by hardcore gamers resalting in 300,000 downloads.